A shot inspired by recent photos posted by James Rush on the Camden to Campbelltown Facebook site. The building on the far right is nearing completion - its function still remains a mystery and I have put the feelers out to a number of people including Camden Historical Society to determine its purpose. Consensus among a number of my modelling colleagues is some form of produce/grain facility.

There has been more progress in the last month than the last year. The new building above is now being blended into the layout with basically fencing gates and downpipes to install. The building is made from card with Scalescenes Brick paper and Bergs Corrugated Iron.

The revised curved module heading out of Narellan towards Campbelltown is progressing well and should be able to post some pics before the end of the month.

A good time to be modelling in these restricted times

Another couple of shots from around Camden yard 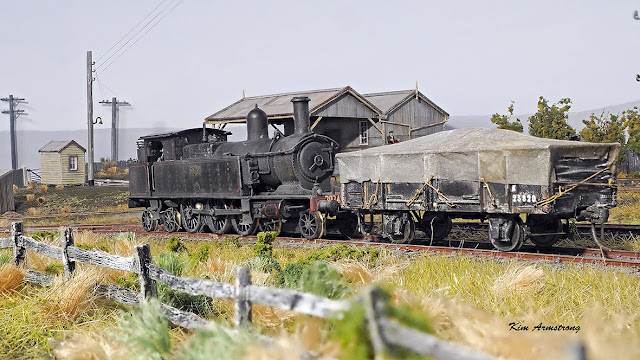 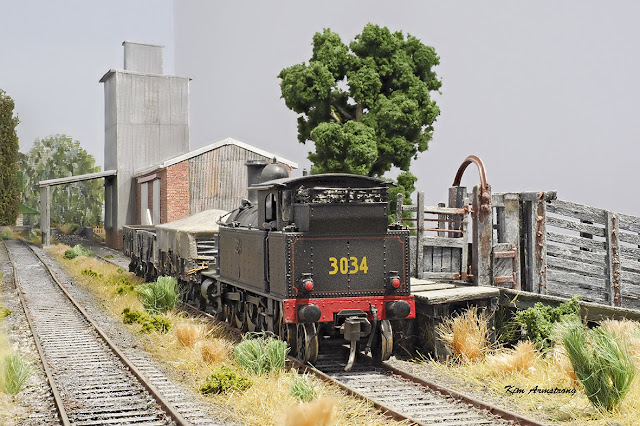