The Camden Railway project has been pretty dormant for many months with plenty of other distractions, building another shed, rebuilding old motorbikes amongst other things.

I have had an interest in British N scale and Victorian HO and now adding another two railway systems into the train room.

Since starting the new wall attached backdrop and connecting all the modules up the aisle way between Camden milk factory, and the back of the curve towards Kenny Hill is now way too narrow. I was working with 30 inch radius curves (762mm) and to create sufficient clearance I have to reduce the radius and overall width of the curved module out of Narellan. The maximum width I can have is 1600mm and providing some clearance on the backdrop side of the track I opted for a radius of 675mm. I set up a test track at this radius and have run the 70 class and 30 over this with no problem - the 20 class has yet to be tested and I won't commit to structural work until testing the 20.

I was also unhappy with the construction of the curved module basically short sections of L girder that would be held firmly with plywood front and backing pieces.

The new module will be a sheet of 12mm ply cut to shape with edge and cross supports as well as ply front and rear edge boards. 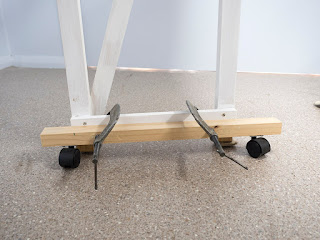 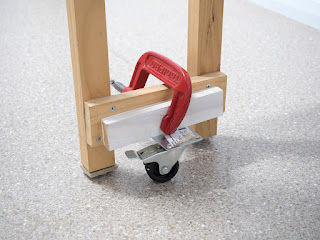 Trying to fit in an N guage and VR layout has also added some complexities - the main section of the VR layout will run below the Nepean River Module which gives a length of around 3 metres to build a small station and yard. To do this the legs will need to be removed from the Nepean River Module which will  be supported by the upstream and downstream modules as well as three x 380mm long metal brackets attached to the wall. I am keen to have a spindly trestle on a curve coming into the VR scene the shots below coming from the Weston Langford Collection

No shortage of projects over the coming months stay safe enjoy your modelling
Posted by camdenmodeller at 22:07